Origin of the memorial

Flughafen Wien AG erected the memorial "Never Forgotten" (“Niemals vergessen”) in cooperation with the artist Arik Brauer to commemorate the victims of the National Socialist regime.

“The memorial ‘Never Forgotten’ is designed to remind us of the large number of victims of the Nazi regime and the suffering they endured on the grounds of the present-day airport. In this way Vienna Airport wants to make a visible commitment to coming to terms with this horrible time and thus contribute to dealing with this period in history. Such a thing must not be allowed to ever happen again”, state Julian Jäger and Günther Ofner, Members of the Management Board of Flughafen Wien AG. 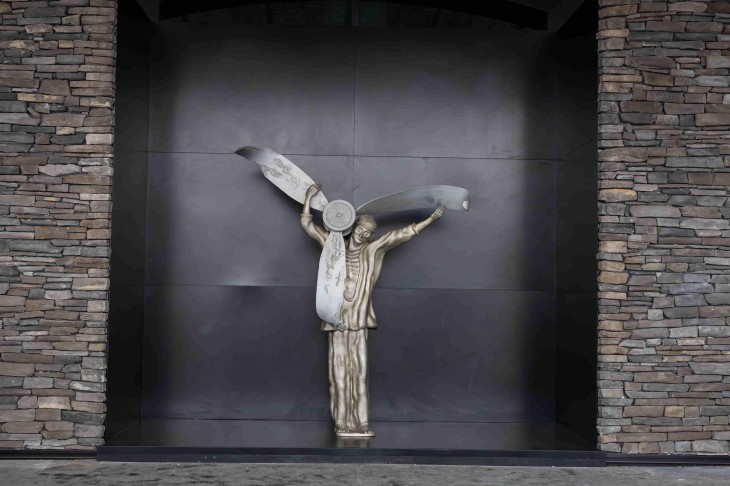 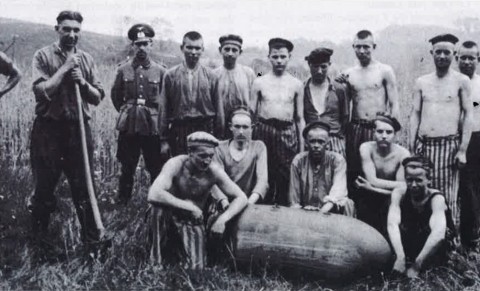 Forced labourers and concentration camp prisoners at the Schwechat-Heidfeld military air base. 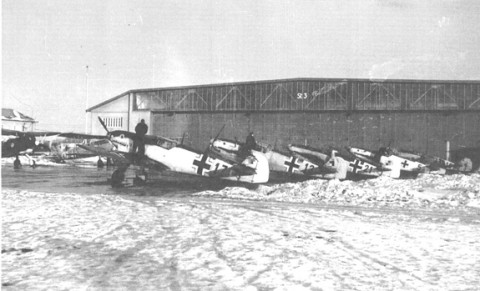 An outpost of the Mauthausen Concentration Camp was established on the grounds of the airfield starting in 1943.

After the annexation of Austria into the German Reich in May 1938 the Schwechat-Heidfeld military air base was located on today’s airport grounds..

Two years later SS barracks were constructed on the premises.

In the following years the aircraft company Heinkel Flugzeugwerke was relocated from Rostock to Schwechat-Heidfeld. The need for labour was enormous and so two concentration camps - also known as “Schwechat II” - were set up on the airport grounds as outposts of the Mauthausen Concentration Camp.

In the years 1943 to 1945, 2,656 concentration camp inmates, 3,170 foreign forced labourers, 900 prisoners of war and 5,500 Austrian workers toiled on the grounds for seven days each week. The prisoners had to work 12.5 hours per day and were usually given only one meal. The treatment and rations varied depending on the person’s racial origins. At the same time, working conditions were inhuman for all and the concentration camp prisoners did not survive for long. Places to sleep were scarce and clothing was only allowed to be changed once a week at the most. All this was accompanied by the cruellest bullying and harassment every day. The average survival rate was short and equalled a maximum of three to five months.

The advance of the Red Army starting in March 1945 meant that the surviving concentration camp inmates were sent on a “Death March” by foot to the Mauthausen Concentration Camp. Anyone who could walk no further was immediately shot and killed. 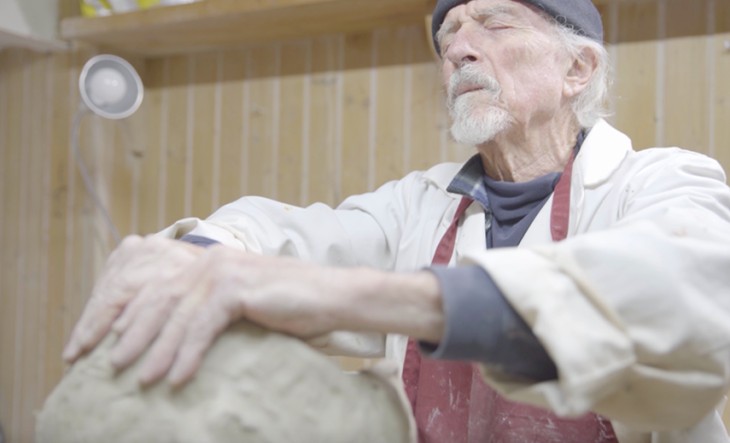 ABOUT THE MEMORIAL: “NEVER FORGotten”

A concentration camp inmate carries a bent aircraft propeller on his shoulders. The facial expression reflects his suffering but is not degrading. This is because there is nothing at all which can rob a person of her or his human dignity, according to Arik Brauer. The damaged form of the propeller symbolises the tragedy of the events which unfolded and is designed to remind people of the millions of human lives which were sent to a certain death by the Nazis. The posture of the arms combined with the propeller is reminiscent of the Christian depiction of Jesus carrying his cross. The sculpture stands surrounded by two brick doorways modelled after the entrance area of the Mauthausen Concentration Camp, as explained by Eduard Neversal, the architect responsible for this scenario.

This memorial weighing about 220 kilogrammes with an inner steel frame was moulded using the classical lost wax bronze casting process. The propeller is the damaged original part of a Heinkel fighter bomber which crashed into the Baltic Sea in 1945.

As an Austrian artist, graphic artist, stage designer, singer and poet, Arik Brauer gained international renown and is considered to be one of the founders of the Vienna School of Fantastic Realism. This versatility characterised the ongoing unity of his work and life sustained by a humane idealism.

Arik Brauer was born in Vienna in 1929 as the child of Jewish emigrants. His childhood was marked by National Socialism, a period he survived in a hideout. Arik Brauer’s father was murdered by the Nazis in the Dachau Concentration Camp. His classical artistic education at the Academy of Fine Arts in Vienna in the years 1946 to 1951 was supervised by the renowned painter Paris von Gütersloh. Arik Brauer became internationally known within this artists’ association.

In the 1950s, in contrast to abstract painting, the group drew upon the earlier techniques of classic surrealism. Influenced by the pictorial worlds of Peter Breughel and Hieronymus Bosch, Brauer created a cosmos of images thriving in the artistic tension between the classical techniques of the Old Masters and fantastic realism. The first major retrospective of his works took place in the year 1979, followed by many highly regarded exhibitions throughout the world.

The universal artist passed away in 2021 at the age of 92 in the presence of his family. 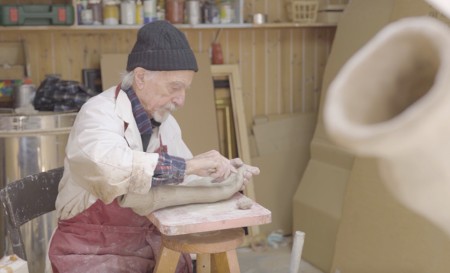 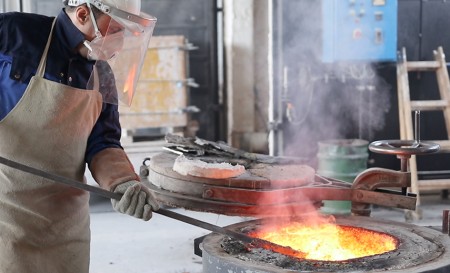 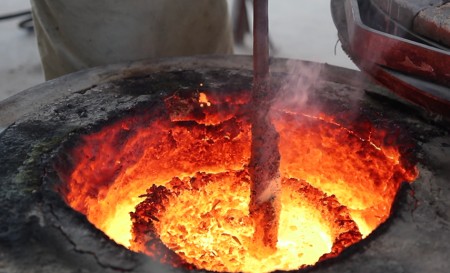 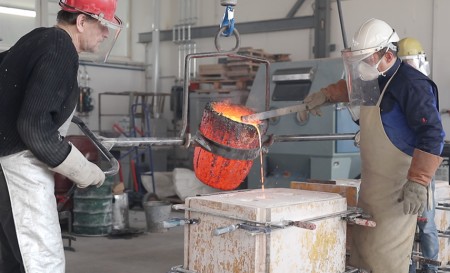 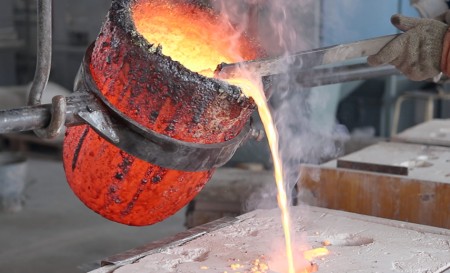 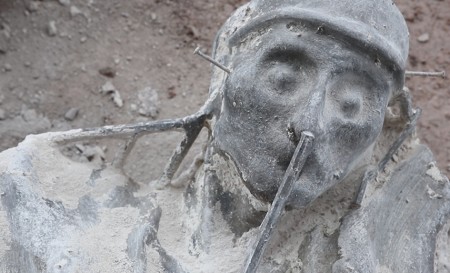 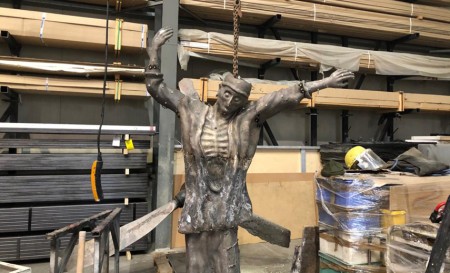 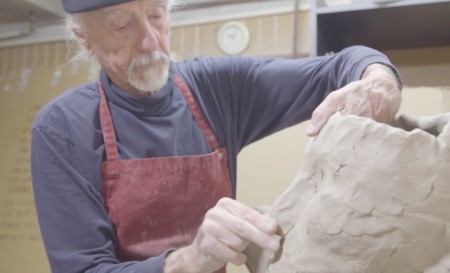 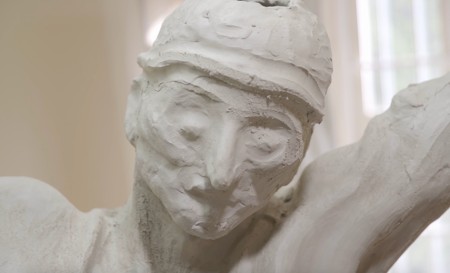 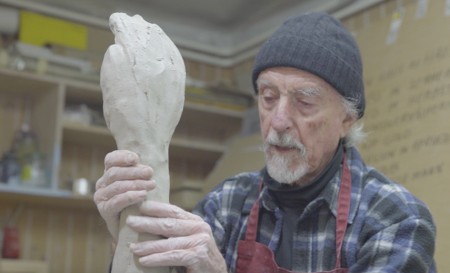 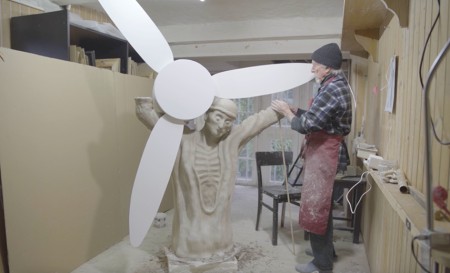 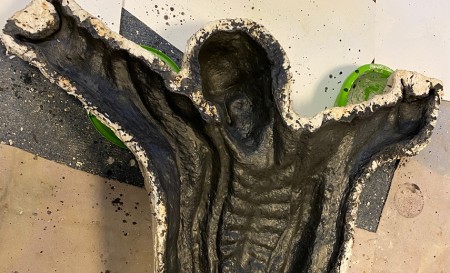 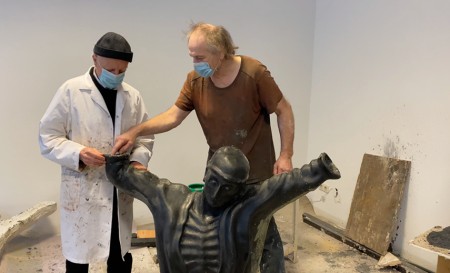 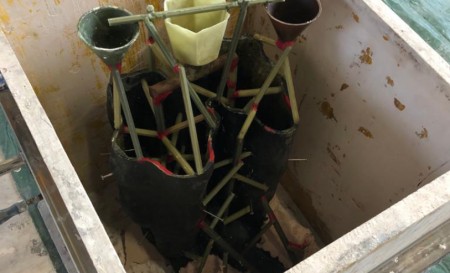 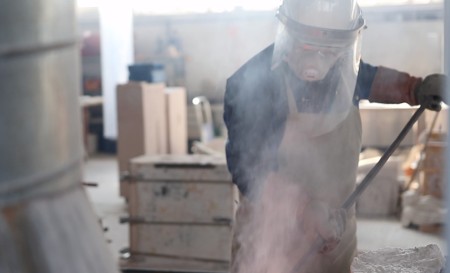 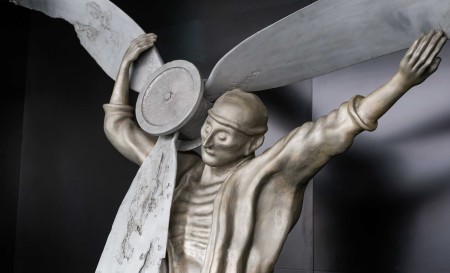 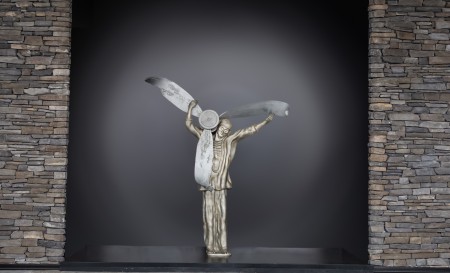 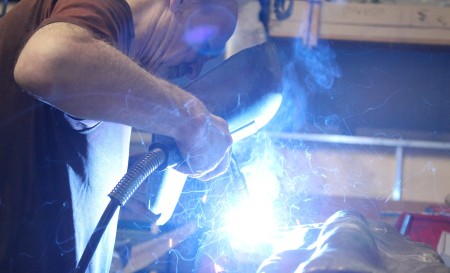 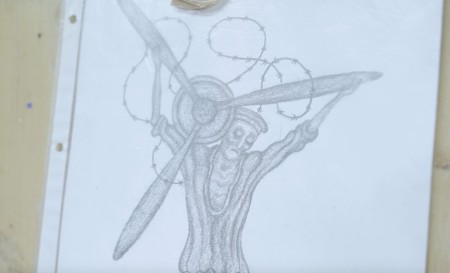 The art casters Peter Wiener and Slavko Mikic are responsible for the bronze casting.

“I am grateful to have this opportunity to cast such a great work of art by such a fantastic artist. It is really a shame that he is no longer among us”, says the artist Peter Wiener.

Slavko Mikic, owner of the art foundry, adds: “I believe art casting comprises the possibility to fuse the beauty of artworks with the durability of bronze to create a unique quality. I consider the challenges arising time and again with every order to be an incentive and driving force to further perfect every step in the process”. 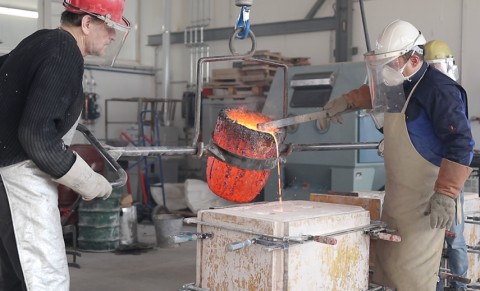