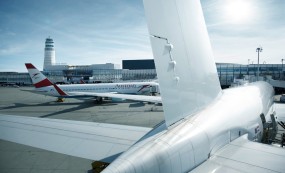 In October 2016, Flughafen Wien AG including its strategic foreign investments in Malta and Kosice Airports handled a total of 2.7 million passengers, comprising an increase of 7.2% from October 2015. The accumulated passenger volume for the Flughafen Wien Group rose 2.8% to 24.6 million in the period January to October 2016.