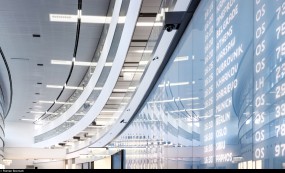 The total number of passengers handled by the Flughafen Wien Group (Vienna Airport, Malta Airport and Kosice Airport) has climbed 2.2% to 21.9 million since the beginning of the year, 16th September 2016 highest single-day passenger volume in the airport’s history

Malta Airport also reported growth in passenger volume, which increased by 5.8% in September 2016, whereas Kosice Airport reported a drop of 1.7% in the number of passengers it handled.