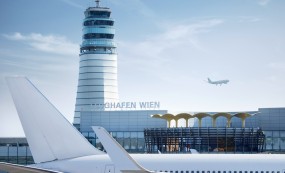 Flughafen Wien AG including its strategic foreign investments in Malta Airport and Kosice Airport reports a stable passenger development in June 2016, showing a slight rise of 0.1% from the comparable level in June 2015 to 2.7 million passengers.  The total number of passengers handled by the airports from January to June 2016 was up 2.1% to 12.9 million travelers.

Vienna Airport in June 2016: Slight passenger decline of -1.0%, strong air cargo growth of 11.9%
The total number of passengers handled at the Vienna Airport fell 1.0% from the prior-year month to 2,148,547 travelers.  The number of local passengers climbed 1.4%, whereas transfer passenger volume was down 6.5%. The decrease can be mainly attributed to capacity reductions on the part of the airlines, the consequences of the terrorist attacks in Brussels as well as the crisis situations in Russia, Turkey and North Africa. In June 2016, the number of flight movements declined by 1.4% from June 2015. Vienna Airport showed substantial growth in air cargo volume, which rose 11.9% from the previous year.

There was a substantial rise of 6.8% in passenger volume at Malta Airport in June 2016, whereas Kosice Airport reported a drop of 14.7%.