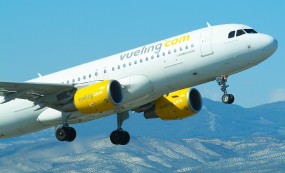 “We are very pleased with the commencement of flight service to a new destination by Vueling in Vienna. Thanks to the new flight connection, passengers will enjoy an even broader travel offering to Spain’s most popular holiday island. The island offers a change of scene to travellers of all ages, whether for a city trip, beach holiday or sport vacation.” says Julian Jäger, Joint CEO and COO of Vienna Airport.

About Vueling
Vueling was founded in July 2004 with two Airbus A320s, four routes, and a commitment to offer excellent customer service at highly competitive fares. Thirteen years later the Barcelona-based airline operates on more than 330 routes and more than 130 cities in Europe, the Middle East and Africa, with a fleet of more than 112 aircraft and more than 30 million passengers transported last year.