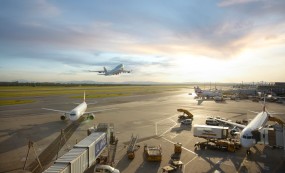 Austrian Airlines offers new medium- and long-haul routes
Austrian Airlines will add a total of five new medium- and long-haul routes to its network in 2016. Starting as of April 2016, the carrier will operate five weekly flights to Shanghai (CN), increasing to a  daily flight service as of May. The airline will also fly once weekly to Bari (IT) as of May 26, 2016, and up to five times a week to Hong Kong (CN) as of September 5, 2016. In September, Austria’s national carrier also plans to launch a flight service to Isfahan (IR) and by the end of this summer schedule on October 25th, 2016 the carrier will offer a once weekly flight to Havana (CU).

NIKI adds new routes in Portugal and Croatia
NIKI is adding four new destinations to its summer schedule. It will operate three times per week to Faro (PT) from March to October 2016, and twice weekly to Split and Dubrovik (HR) as of May 2016. Additionally NIKI will offer one weekly flight to Menorca (ES) from June to September.

Eurowings offers five additional routes
With effect from summer schedule 2016, the Lufthansa-subisdiary Eurowings bases a second aircraft Airbus A320 in Vienna adding five additional routes to its network. The airline will operate two weekly flights to Alicante (ES) and Valencia (ES), one weekly service to Bastia (FR) and Faro (PT), as well as four weekly flights to Rome-Fiumicino (IT).

New airlines serving Vienna: Air India and Nordica
Air India will launch flights to Delhi (IN) as of April 6, 2016. The Indian airline will link Vienna to the largest Indian economic region three times per week. Nordica will offer five weekly flights to Tallinn (EST) in cooperation with Adria Airways.

New flight offerings to Copenhagen (DK) and Trabzon (T)
SAS has resumed flight service from Vienna to Copenhagen, operating four weekly flights as of March 24, 2016 -  two flights per week will be offered in July and August. Turkish Airlines will launch direct flights from Vienna to a new destination, Trabzon, the port town on the sea in Northeast Turkey.

Numerous frequency increases to Europe
EasyJet has been starting flight connections to Amsterdam (NL), Edinburgh (SCO), Berlin-Schönefeld (DE) and London-Luton (GB)  by the end of 2015. This summer the British airline will increase its service on the existing routes by adding eight additional frequencies: Amsterdam will be served up to seven times per week, Edinburgh three times, six weekly flights will be operated to Berlin-Schönefeld and four to London-Luton. Moreover, easyJet has announced  the launch of a new service to Naples (IT), offering up to four weekly flights as of March 28, 2016.  Transavia increased its offering to Rotterdam (NL) up to eleven flights per week. Transavia France will launch a new daily flight service to Paris-Orly as of 14th April,. On May 4th, 2016, Vueling will take off five times per week to Paris-Charles de Gaulle (FR). Ukraine International has added flights to Kiev, flying there twice a day from Vienna. SunExpress will offer a seasonal service to Varna (July to September, one weekly flight). People´s Vienna line added one additional daily flight to Altenrhein (DE), operating a total of four daily flights. On a seasonal basis, ASL Aviation is offering flights to Bordeaux and Toulouse (France) each twice a week from April to September.

All information available in the online timetable on our homepage www.viennaairport.com
The summer 2016 time table is valid from March 27, 2016 until October 29, 2016. All details and further information on flight connections from Vienna are available on the online timetable of Flughafen Wien AG. Arrivals and departures can be looked-up up to 26 hours in advance on our Website www.viennaairport.com, which also provides a great deal of additional useful information.